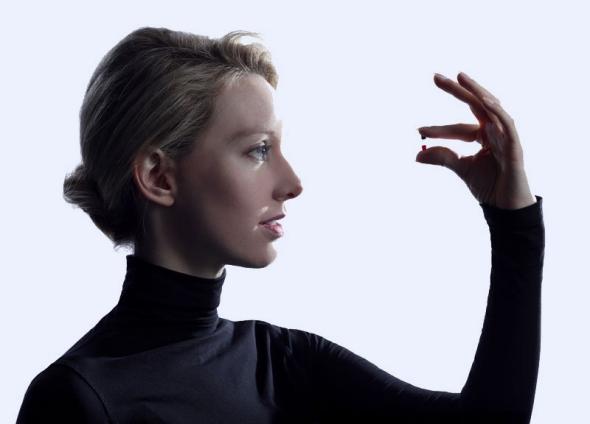 The strikingly beautiful lady pictured here dropped out of Stanford at the age of 19 to start a company that is now valued at over $9 billion. Familiar sounding story? Except that it isn’t a “.com”, nor is it a consumer electronics corporation. It’s a medicine company; and no one has ever heard of it. Welcome to the world of Elizabeth Holmes.

She started her company, Theranos, 12 years ago; and yet only now have we begun to hear of it outside the world of high tech healthcare and venture capitalism. It’s a very intentional move; and begs the question: why wouldn’t you want the whole world to know about your company? And the answer lies in Holmes’ story. After just one year at Stanford University, she came up to her chemical engineering professor and told him she wanted to start a company that would revolutionise the way effective health was delivered. She was already on her way, having submitted her first patent a few months earlier: for a wearable patch that would monitor variables in a patient’s blood to make sure the administered therapy was having the desired effect; and then a cellphone chip so it could communicate updates and problems directly to the doctor. That was just one cool idea: Theranos now has over a dozen revolutionary, patient-oriented patents under its belt. The only publicized one, the one everyone is making a hue and cry about, doesn’t really sound that exciting: it’s blood testing.

Theranos has developed a new kind of blood testing: that needs only one-thousandth the amount of the blood a normal blood test would. One-thousandth – literally one drop of blood is required instead of an entire vial! But that’s just one aspect: Theranos can use just droplets amounting to less than 25 ml to perform over 70 different tests on your blood, and do a basic profile with exactly one drop: much more than most blood tests offer. The miniscule amount of blood required completely changes the patient experience: a syringe in your skin is replaced by a cute little device that looks like a pen and feels like a pinprick. The clincher, however, is the cost – nearly one-tenth the price an equivalent hospital blood test. Theranos’ claims that the accuracy of their tests is even much higher than an ordinary test.

So, cheaper, more accurate, faster blood test – requiring a thousand times less blood and resulting in a far better patient experience: how is that even possible; and why isn’t everyone doing it. The reason is that no one knows how: Theranos’ magical formula is a well kept secret. “We use the same chemistry….but in more effective ways.”, she says enigmatically. The blood test is what Theranos has offered the world now: but its no secret they have a number of other technological innovations waiting.

What is Theranos doing with this technology: well, they’ve got a few labs around the US, and they’re offering you the ‘perfect blood test’ right there; plus a tie up with an American drugstore chain looks promising. Like I said, they’re tiny – in the $73 billion dollar industry of diagnostic lab testing. And yet, they have one of the most unbelievable boards of directors in the world (ex-military, ex-cabinet secretaries, famous people like Henry Kissinger). They haven’t even gone public yet; and they’re already valued at $9bn.

Companies are often about leaders and ideas: it is the case with Theranos. No one who meets Elizabeth Holmes is not struck by the charismatically soft spoken woman, and her resemblance to other entrepreneurial legends. Her professor, Robertson, describes how he knew he was looking at the next Bill Gates or Steve Jobs when Holmes outlined her plan to use technology to improve life and healthcare everywhere. She pays homage to Jobs, with her clothing and other subtle ways: but she’s her own person, who wants patients to love going to the hospital; and introduce simple effective systems to ensure treatments are actually working. Theranos’ visionary CEO is keeping her cards close to her chest: she’s out for blood alright, but the right kind. So simple yet so significant: their first product is only a glimpse of what Theranos and its young CEO might do for us in the future.