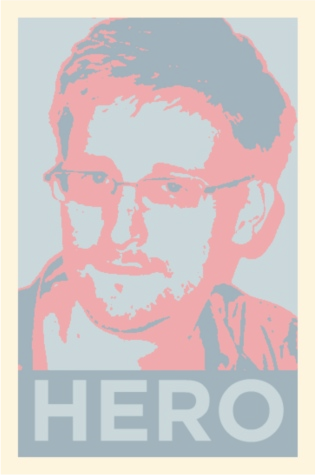 It all began one fine day in April, when a gutsy ex-NSA contractor decided to tell the world of what he had seen the National Security Agency doing, and then got the hell out of there. He set up shop in Hong Kong and made available to the world clips that showed, on record, the NSA’s PRISM program – how they spied on EVERYBODY. Shockingly, they did so with the help of our trusted software companies (Google, Yahoo, Apple, AOL, etc.) and they had everything – phone records, passwords, digital histories and more. It was a realization of Orwell’s Big Brother, a shocking violation of privacy, a government licensed illegal spying on friends and enemies alike, bla bla bla bla bla. But Edward Snowden’s adventure had only just begun. He was trying to stay underground and incognito till then – but the amount of media speculation surrounding him made that impossible. Matters were made worse when Hong Kong refused to protect him from the United States government – allowing him only one flight out – if he stayed in the city, he would be extradited. Snowden became the object of a global media and intelligence manhunt – ‘Where is Snowden?’ was the trending topic. Ecuador seemed to be the only country giving him asylum – but things were not as they seemed.

In an extraordinary turn of events – we finally found Edward Snowden, at the Hong Kong airport, taking a flight (we thought) to Venezuela – but instead he boards the Hong Kong- Moscow commercial Aeroflot flight! It was not over yet – on landing in Russia their was another shocking twist – they weren’t offering him asylum. He spent a month in the Moscow Airport – with the Russians refusing to let him into the country, also allowing him just one flight out – very few other countries (Ecuador, Venezuela) offering asylum to him – but he was unable to fly there. It was extraordinary – Russia and Ecuador were allowing him to fly to Ecuador, but the countries in the middle disallowed any plane carrying Snowden to enter their airspace. The Ecuadorian President’s private plane even came to fetch him – but a solution was beyond reach until Putin had a startling change of heart and Edward Snowden was welcomed into Russia. Finally?!