A Record Breaking Year for Tennis 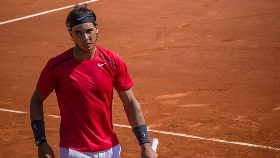 Andy Murray created a magical moment in Wimbledon history after winning this year’s match against Djokovic and becoming the first British to win the tournament after a breath taking 77 years! In the French Open -Rafeal Nadal became the only player to win the Roland Garros for a record 8 times . Nadal has reached the finals 8 times and won each time – making him the undisputed King Of Clay. Leander Paes did India proud by winning the US Open Men’s Double’s title -his 14th Grand Slam final and became, at 40 years, the oldest player to win a Grand Slam.