The State of Telangana 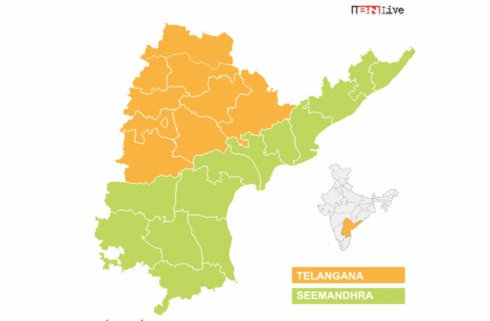 Arguably the biggest news of last week – all over the papers, everywhere I looked – was the announcement of the creation of the state of Telangana. So India may have 29 states now – no, not just yet. Is Telangana a good thing or a bad thing – I feel there is no right answer – just problems and benefits. The Indian National Congress, India’s ruling political party, announced last week that it had adopted a resolution for the splitting of the large state of Andhra Pradesh into the new Telangana, and Andhra Pradesh, seeming to agree to a 60-year old request in the face of a surge of massive protests and demonstrations before the general election next year. The motive of the Congress is clear – it will amass a large number of votes from the new state if this goes through. While in the past too promises have been made, this timcirsumstances make the split is very likely. So, why?
Telangana was historically a part of the kingdom of Hyderabad before independence, unlike the rest of AP, and was formed as a separate state immediately after. However, in 1956, in the face of much opposition, it was merged with AP, and its people, with a completely different cultural background and heritage, have remained resentful and demanding ever since. But obviously, the main reasons are never ethnic – they are economic, and here we see the current situation – 76% of AP’s revenue comes from Telangana, yet it contains the majority of backward areas of the state, and, according to the Telanganites, development of their backward areas has been ignored as a result of the clubbing, and they claim most of AP’s resources have been diverted from Telangana. So that’s why – but the announcement has immediately sparked demands all over the country for new states – Uttar Pradesh (the world’s 5th largest country in terms of population) asked for a 4-way split for administrative convenience, the ethnic Gorkhas in West Bengal asked for Gorkhaland, and the Bodo tribe in Assam for Bodoland. And this is the root of the issue – a few feel that breaking up states will help more than hurt – the last splitting of states in 2000 was a huge success with both the new or the parent state benefitting hugely – while others feel, in a diverse country like India, there is a risk of dividing the country too much.
Personally, I agree with The Economist, that breaking states has both advantages and disadvantages – each request should be looked at individually, and that decisions should be taken by a long term commission and not politicians with election plans.