Why the World’s Cheapest Car Failed 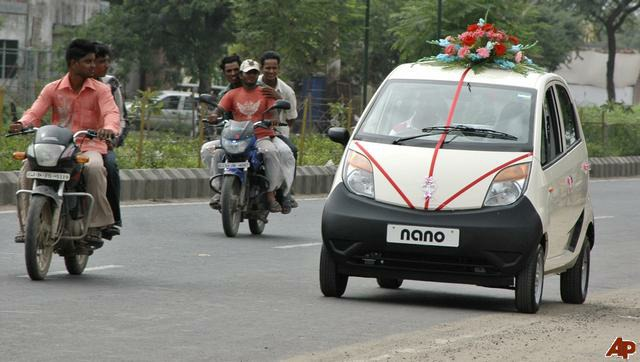 Tata Motors, the company that turned around Jaguar Land Rover, also had one very hyped launch in 2008 – a “revolutionary” car they called it – the Tata Nano. 5 years later, the world’s cheapest car has failed to make an impact at all – its sales this year are equal to those of the luxurious Jaguar XF – and that is not a good thing. Its sales this year are 80% worse than last year – so why did it fail? How come Ratan Tata, who bought JLR when it was at the brink of bankruptcy and turned it into a money making machine, was unable to sell the Nano?

The answer lies in something a rival said back in 2011, “Nobody wants to buy the world’s cheapest car.” The niche they were trying to fill – buy this instead of a two-wheeler – just was not getting filled, as Tata executives admit now. “…others think I’m buying something between a two-wheeler and a car…”, say many potential consumers – they want to buy a “real” car, and not a jellybean shaped Nano.

Aside from the ideological issue, it was plagued with a number of issues – delayed launch, huge factory inauguration problems, cars catching fire, and, of course, the price. It just wasn’t as low as they first promised – at 2.5 lakh rupees instead of 1 lakh – it wasn’t cool enough for car owners, too expensive for bike owners, and bikers moving to cars waited a little longer and bought a “real” car. The failure was in this, and now Tata hopes to revive sales by re-launching it as a cool cheap car, competing with other hatchbacks, instead of the world’s cheapest car. Shame.