US & Iran – Taking The First Step 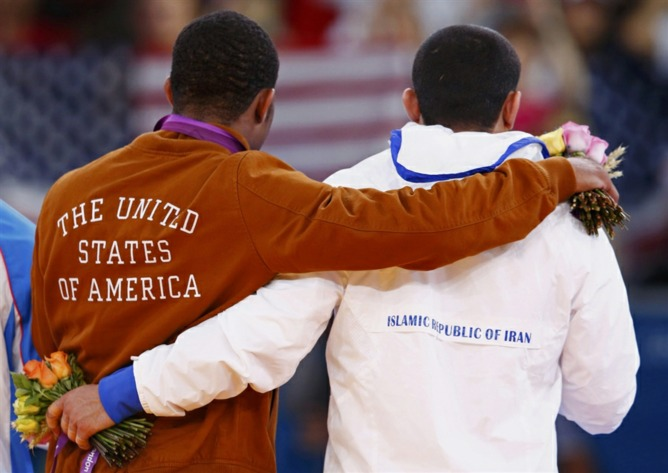 What happened this week promises to end one of the worst enmities in the modern world – the hatred between the Islamic Republic of Iran and the United States of America. It may only be a ‘diplomatic’ development, but the revival of diplomatic dialogue between 2 sworn enemies for the first time since 1979 is very, very historic. And its not just diplomatic dialogue – not at all – for the first time ever, the American and Iranian Presidents spoke to each other on a phone call – discussing arrangements for a possible meeting. The subject of their meeting is even more earth shaking – Iran’s controversial nuclear program – which had led to a further deterioration of relations in the last decade – will be discussed and resolved.

At the UN Conference that took place during the week, both Obama and Irani President Rouhani addressed the committee. Both gave speeches in which they expressed a desire to resume diplomacy and come to an agreement on the nuclear issue. It seems they have met each other halfway – the US offering to end their diplomatic embargo and the Iran finally offering to have talks on their nuclear program. But to truly understand the significance, one must understand the problem – the fact that this hatred did not start in 1979 – no, it began in 1953, when the US engineered a coup d tat in Iran (see Issue 13), and placed a tyrant on the throne. The Iranians never forgave the US for making them suffer for the next 26 years – but we must understand both sides. In 1979, after the Iranian Revolution – Iranian forces took American diplomats and embassy workers hostage in the Iranian Hostage Crisis. The Americans could never forgive them for such an atrocious violation of diplomatic immunity.

Their relations have been terrible ever since – they don’t even have embassies in each other’s nations. Iran was affected worse by this – it was isolated from the global community – no nation helped it, even when it was invaded and attacked with chemical weapons by Iraq; it never received economic support. When they began their nuclear program – which they claim is for peaceful purposes – they have been attacked with sanctions, threats, Israeli-American hackers, and diplomatic embargoes – because everyone thinks they are making a nuclear weapon. They may be doing just that. But India too was faced with sanctions and threats when was making its nuclear weapons – it did not stop – and finally Bush signed a nuclear agreement with India. So the hope is that something similar happens between USA and Iran – a nuclear agreement, and a lessening of hostilities. And then maybe Iran will be re-accepted into the global community.