UnExtinction Return of the Woolly Mammoth 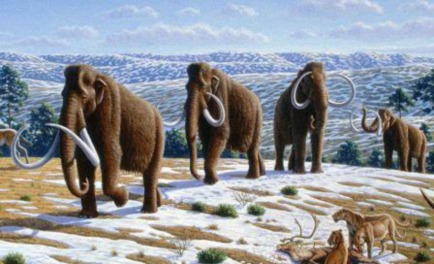 Its still an idea, but research has begun and some progress has been made – in the field of de-extinction or, as I call it, unextinction. Sir Ian Wilmut, the creator of Dolly the sheep, the world’s first cloned animal, has proposed the resurrection of the woolly mammoth using stem cells from excellently preserved fossil specimens stored in the ice. In South Korea, and many universities in the United States, such projects are already under way – and it is not as far-fetched or impossible as it sounds. Michael Archer, on TED Talks, told an enraptured crowd how the cells of an extinct frog species, after being put in the eggs of another closely related species, actually began to divide – one of the now visible signs of success of the de-extinction process – which began in 2003.

With the woolly mammoth and its well preserved DNA and cells, its entire genome has been sequenced, and there are 2 main methods scientists are looking at to bring it back to life – stem cells and cloning. Stem cells (which we will be covering in detail soon – they are cells that can divide into any other cells) of the mammoth from its remains can be theoretically used to grow a whole mammoth – and though it is difficult – human stem cells are already making whole organs, why not mammoths. Cloning is a more messy (needs more hit or miss mammoth cells to work), but a more likely seeming process at the moment – it is what was used in the frogs – and we can use elephants as a closely related species for it. It will be difficult, and there are ethical questions raised, but I must admit, the idea of woolly mammoths walking around is pretty awesome – what next – sabre-toothed tigers, dodos, and maybe even Jurassic Park! (naah, not the last one)