The SHUT_DOWN Postponed Till 15th January 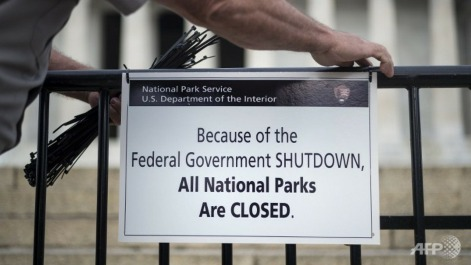 The US Government shutdown has finally ended and the USA did not default on its debt on 17th October, which would have been historic. Thankfully NASA is back online and the NSA is back to its snooping ways. What is more of concern is that this childish argument and brinkmanship between the two main US political parties has cost the US economy 0.5% in GDP growth and caused untold harm to the credibility of the world’s only superpower! It has reduced it’s respect in the world community.

However the problem has only been deferred not solved, so this is a temporary truce and the battle will resume soon. The next shutdown date is 15th January 2014 when this deal runs out and maybe 7th February when the US debt crosses the next milestone of 17.5 trillion dollars! Believe it or not, this is the amount that the USA borrows, mostly from other countries and individual people to finance its expenditure – this borrowing has reached the limit, and a cutting of expenses or repaying of debts is needed. Hilariously enough, 9 US companies including Apple, GE, Google, Microsoft and Berkshire Hathaway, had more cash than the US Government last week.