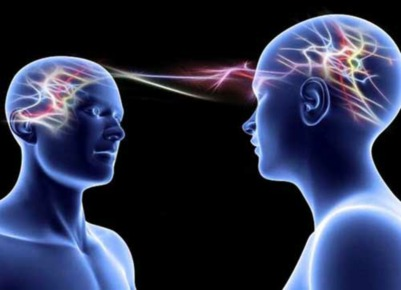 A revolutionary experiment, described (rather uncreatively) by most as “an example of Mind Control”, took place last week – the first human-to-human brain interface. “What?????” you ask, and I shall explain. It all began early this year, when a couple of experiments on rats, rat telepathy and human-rat interface, made big news around the world. In the first experiment, conducted by Duke University, North Carolina, in February, two rats were trained to push a lever on the glowing of light above it (a reward given when you do it right), then, connected brain-to-brain by electrodes – they were put in 2 different rooms thousands of miles apart similar looking room with 2 similar levers. When the first rat was shown a glowing light – he did what was expected of him – then the second rat – thousands of miles away did the same….he pressed the lever even though there was no light glowing in front of him, just because there was a light in front of the other.

Telepathic communication – pretty amazing, you have to admit. But then again, you might not – it’s just a couple of rats after all – years before any-thing like that works on humans. Then, just a month or two later, Professor Seung-Schik Yoo from Harvard University goes the next step – he connects human and rat brains – using very different technology and computer-brain interfaces – he gets a human controller to willingly manipulate the twitching of a rat tail. It sounds small but the possibilities are quite amazing – possessing rats and other ethically questionable possibilities. It turns out that was just another stepping stone. This is the real one. Last-to-last week, Indian researcher Rajesh Rao and his colleague Andrea Stocco at the University of Washington gave us the first look at a ‘Mind Meld’ with each other – as they achieved a sort of telepathic communication. Translation: Rao, while playing a video game, moved his finger to press a button, and his partner – in a complete other room – did the exact same movement, unconsciously. His finger just moved, on its own, imitating Rao’s movement – their only link being a few wires and the Internet. Creepy – very creepy.

Maybe mind control was a fitting title…..but it wasn’t, and let me tell you why.We will get a little technical now – but not too much – about how this was achieved, why it’s significant, and why the lecture about rats. The most important detail is that this is non-invasive brain-to-brain communication – nobody operates on your skull or puts electronic implants in your brain like the movies – its done through EEG (Electroencephalography) – an age old medical technique that reads your brain’s electrical activity – you just wear a sort of cap with some wires sticking out of it, and that’s all you need for telepathy. Well, not exactly telepathy – this technique has one issue – the receiver is unconscious of the telepathic communication. It’s still very useful for the disabled, etc. – but it’s still not true communication.

Here is where the rats come in – there the communication was consciously telepathic – rat no. 2 received information telling it which lever rat 1 is pressing, and realizing that lever is correct – it presses it – like cheating in a test. Conscious telepathic communication in rats, and unconscious telepathy in humans – combine the 2 techniques and you get real telepathy between humans – over the Internet. The Internet becomes a “way to connect brains” in Stocco’s words, and by simply combining these 2 techniques – we make telepathy a reality. To conclude I quote CNN’s Elizabeth Landau, who says, rather aptly, “Every so often, you see something that makes you think: The future is here.”