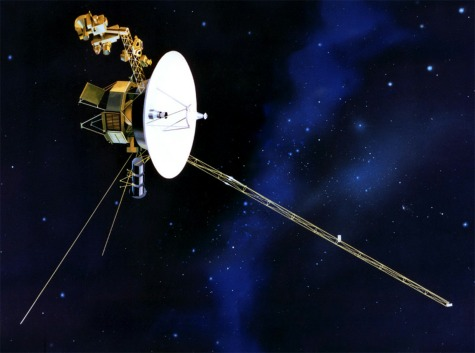 The Voyager 1 spacecraft, launched in 1977 to explore Jupiter, Saturn, and interstellar space (area between the stars), has finally reached the edge of the sun’s area of influence – the edge of our solar system. Late last year, this ancient spacecraft, still transmitting and receiving signals 11 billion miles away from the Earth, working on a nuclear-powered engine, crossed into uncharted territory – into an area where solar radiation is almost negligent, i.e., a place where the Sun’s light, visible or invisible, doesn’t reach – the Sun becomes a tiny star in the sky.

That is unimaginable – sooooo far away – but not yet out of the solar system, according to reports by the American Geophysical Union and The Economist, last week. Although it is far beyond the planets, asteroids and the Sun’s light, it is still feeling the effects of the Sun’s magnetic field, and it is estimated that in the next couple of years it will stop feeling even this, truly leaving the heliosphere (Sun’s area of influence) and entering interstellar space – the furthest man-made object ever will be going even further, on its mission to find alien life and explore interstellar space. Although its transmitting and receiving equipment will stop working by 2020, it will keep going, and contains a golden audio-visual disc that will tell aliens about Earth. So, to quote, these are the voyages of the Voyager 1, boldly going where no machine has gone before.