Super Cyclone Phailin: Saved From the Gates of Hell 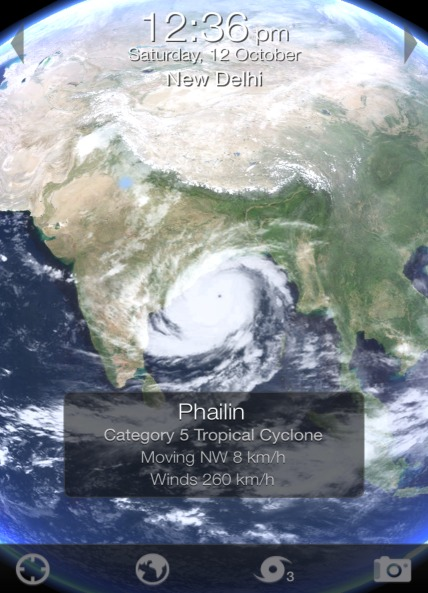 Cyclone Phailin that hit the coastal areas of Andra Pradesh and Odisha on October 12th 2013 arrived with the much anticipated and expected fury and flair of a super storm – gale winds of 200 km/hr, surging tides, fallen trees and power-lines, extensive flooding and damage to houses ,cattle and crop………and yet a minimal loss of life – just 21 people were killed as a direct result of the storm ….the last time a storm of this magnitude hit India (1999 ,Odisha) 10,000 people died. So yes –while every loss of life counts – this contrast in death toll for a storm just as powerful is nothing short of a miracle.

A quick round up of what went right this time: As the Economist reports – the state government successfully evacuated 1.2 million people to safety to 3000 schools, storm shelters that were specially rebuilt to double as shelters after the 1999 storm. More accurate assessment and warnings due to a better equipped meteorological department, locals having better access to information through television, radios and mobile phones. The World Bank too has played a big role in financing the National Cyclone Risk Management Project in Andhra Pradesh and Odisha.

However the worst is not over – even with the minimized death toll –there is an urgent need to rehabilitate victims and tackle the looming threat of an epidemic due to extensive flooding. We hope local Government does as well to tackle the aftermath as it did with its evacuation efforts.

References: CNN, The Mint, The Economist