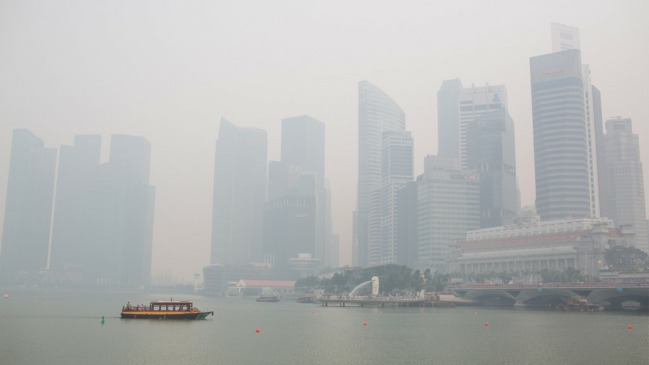 Air pollution in Singapore reached record highs consecutively in the last 3 days, as a smoky toxic haze descended over the city on Tuesday, resulting in pollution levels of 321, 371, and 401 during the next 3 days, each a new record for the city famed for its cleanliness. It is being blamed on huge forest fires in the Indonesian island of Sumatra nearby, but Singapore remains worst affected by toxic gases emanating from the fires, lending a burning smell to the smog.