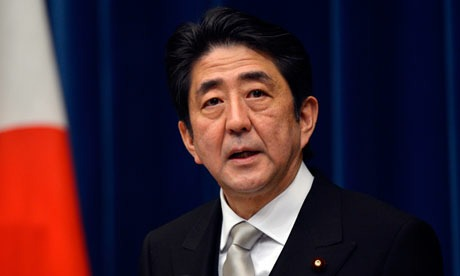 Shinzo Abe is the man who is returning Japan to its former glory, and making it into a world superpower again. He is currently Prime Minister of Japan, winning the country’s recent general elections in a landslide. After a short stint in office before, he returned in December 2012 as Prime Minister, and Mr Abe has since been credited with beginning to revive the world’s third-largest economy. His policies ,dubbed as ‘Abenomics’ pushed up Japan’s stock market, which has been stagnant for 20 years, by about 60 per cent.

Watched carefully by the world (especially The Economist and The Wall Street Journal), his courageous policies have been both praised and criticised by experts – and his hardcore nationalistic outlook ha got South Korea and China looking over their backs cautiously. The Japanese people are hoping he can transform their economy, the world is hoping he can bring peace to the region – all said and done, he is definitely a leader to know.

References: The Independent, The WSJ, The Economist