Robots in Hospitals: Both Helpers & Patients 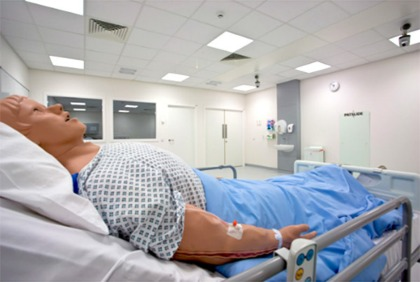 Meanwhile, in the healthcare scene, Forth Valley Royal Hospital in Scotland recently became the one of the first hospitals to adopt the usage of robots, and that too one of the few to do it in a big way – a fleet of robots to carry out day-to-day tasks. These include clearing of clinical waste (a very important one, don’t you think?), delivering food, cleaning operating theaters and dispensing off drugs – extremely useful.

But this enterprising hospital has done much more – the usage of robots as testing and training dummies for trainees, with a heartbeat, or blood, or pregnancy, or response to anaesthetics, based on the kind of training is something never ever done before, and paves the way for vast future development. They look like humans, some can even speak and breathe. The helper robots use a separate network of corridors below the hospital to move around, for anyone who is concerned about fleets of robots roaming the hospital. Employed in the pharmacy and mail sorting too, they have cut down human error dramatically.