Pope Francis: Person of The Year 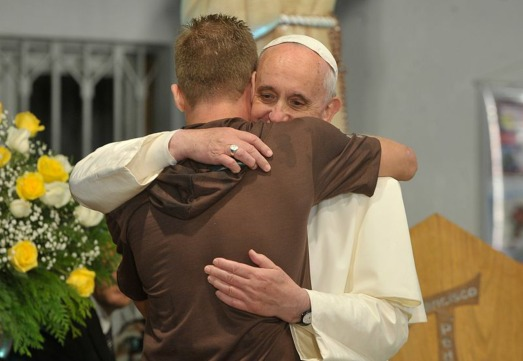 One of the most important events of the year was the resignation of the aging Pope Benedict XVI, the first Catholic Head to resign in nearly 600 years. This historic resignation was followed up with an almost equally historic appointment: the appointment of Jorge Mario Bergoglio as the Pope of the Catholic Church. Pope Francis (which was the title he adopted) was met with much fanfare and pomp, much in contrast to the humility that he responded to it with, as the first ever Pope from the Americas (!), the first non-European Pope in 1272 years, and the first ever Pope from the Southern Hemisphere. Entering such a position of power– the Supreme Leader of 1.2bn people, his humility was untarnished – with plain white clothes and a simple cap replacing the gold and flamboyance of many predecessors. However, it wasn’t all symbolic – he turned a new page in terms of his actions and ideals – the latter being every bit as important as the former in a position like his.

He is the first Pope ever to take a leave from the constant anti-gay rhetoric, instead embracing gays early in his papacy, a decision that shocked many Catholics, and pleased many more. He used a subtle criticism of the Church’s past policies (of strong opinions and political stances) to elevate the Church to a place of healing. He is visiting rehab centers, welcoming the divorce and remarried to the Church, washing the feet of female convicts, taking selfies with visitors to the Vatican, seen embracing a man with a deformed face, even accepting, if not condoning, abortion. He’s already created a new meaning for the Church –which was beginning to become irrelevant, a new identity of the Pope – closer to the people, and a new hope for Catholics around the world, by eradicating a number of Church policies, overwriting previousChurch policies, and changing how people see the Church and how the Church sees the world. That’s why the aptly titled People’s Pope is TIME’s Person of the Year.