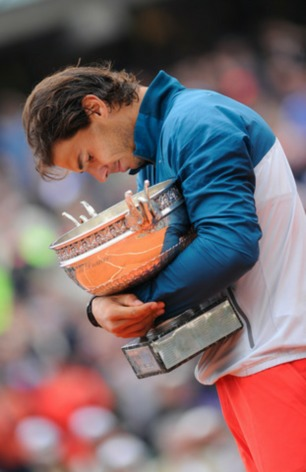 Rafael Nadal became the Roland Garros Champion for the 8th time in his career. The King of Clay has played 9 French Opens and won all of the 8 finals he has played. This Title was his 12th Grand Slam Title. Winning the Finals made him the first player to have won 8 of one Grand Slam tournament. Apart from his 8 French Open Titles, he has won 2 Wimbledon Titles and 1 US Open Title and 1 Australian Open Title. The Runner-Up, David Ferrer put up a good fight but was beaten in straight sets. Serena Williams won her 2nd Roland Garros Title and her 16th Grand Slam Title.