Iran: They’ve Signed the Deal, But is it Any Good? 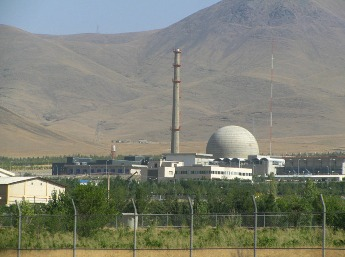 On Sunday, something very significant happened. Very, very significant. In a line, ‘they did a deal’. Who? Iran and the rest of the world, of course. It was a historic moment – in the words of Israeli PM Benjamin Netanyahu “Not a historic agreement but a historic mistake”. However, that’s a very pessimistic view of what might well be the first step to ending 35 years of sterile declarations and mutual distrust.

Iran’s nuclear programme has been a troublesome thing – a cause for much international concern and regional dispute. For the last 10 to 15 years, initially in secret, the orthodox Islamic nation has been building its nuclear reactors up and enriching its uranium – necessary preparations for nuclear energy and nuclear weapons. With a nuclear armed, ever ready to attack Israel close by and a nuclear super power US as an enemy, of course they’d want nukes. However, the Iranis maintain the programme for peaceful purposes i.e. medicine and electricity. It is a bit unusual then, that they have enriched their uranium to 20% purity, much more than the 5% required for such purposes, and much closer to the 90 % required for weapons. They did not allow an enquiry and stubbornly refused to stop the programme.In response, the EU and the US placed the country under sanctions that have crippled its economy and have led to a diplomatic stand-off. However, with the election of moderate Hassan Rouhani (Issue) in August, a new phase in Irani foreign policy began – diplomatic silence was broken and on Sunday, in Geneva (where the historic war conventions were signed) an interim deal was struck.

According to the deal, Iran will not only halt further enrichment of their uranium and cancel their order for centrifuges (centrifuges enrich uranium), but also reduce the purity of their existing uranium supplies to a peaceful 5%. Even more significantly, they have agreed to allow an international enquiry into the programme. All this in return for the temporary easing of sanctions. It is a vague “ if you do this, i’ll do that,” kind of deal, that lasts only 6 months. Nothing has been done yet and both sides may, very easily, go back on their word – but don’t be discouraged. Although the deal will not achieve much in itself, it’s an important step towards a final, more permanent agreement. Don’t be mislead by the Israelis. This is a step towards reconciliation.