Has the Arab Spring Failed? 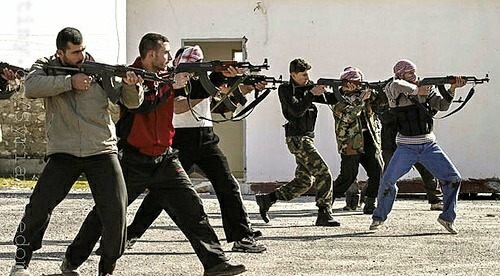 The Arab Spring, from 2011 if you remember, was massively hyped and publicized – a series of events and revolutions that would change the world etc. etc. – but has there really been that much change. And has this change been for better or for worse? In the recent Egyptian second revolution (Issue 7) and the Syrian civil war, we have an opportunity to review the Arab Spring – its success and its failure.

The uprising, which began in Tunisia, when a shopkeeper set himself on fire, marked a massive change in the attitudes of the Arabian people who were finally rebelling against the dictators who had ruled them for decades, and demanding democracy. But the revolutions have not gone as we would have hoped. Libya, which was one of the first few revolts, collapsed into a civil war with Western and Arab intervention, as 2012 was dominated by the war between tyrant ruler Muammar Gaddafi and an assortment of rebels backed by NATO. It ended with his killing, but chaos has continued after that – the interim government has had to share the country with a myriad of armed groups and tribal militants – and violence continues. Although the country had its first elections in 42 years, support for Gaddafi remains, driving a wedge between Libyans. In the island nation of Bahrain, the revolution has been harshly and violently oppressed – hundreds of government arrests and killings have left the people desperately angry and unhappy as their revolt ended in failure. But its worse, because here is where the ugly undertones of sectarianism first appeared, and the fitna (schism – between Sunni and Shia sects of Islam) showed signs of re-opening. The Sunni rulers of Bahrain used help and soldiers from Sunni nations like Saudi Arabia to suppress the protests, creating sectarian strife and anger amongst the Shia population. This sectarian side of many of the revolutions marks the greatest failure of the Arab Spring – the conversion of a people’s revolution to a sectarian conflict in some countries is a terrible failure. And here we come to the greatest political/war tragedy of the 21st century – Syria.

A peaceful, moderately Islamic nation, it was plunged into horrific civil war as a result of the Arab spring whose death toll has reached a shocking 100,000. Although it is Sunni majority country ruled by Shia dictators, a little like Bahrain, it has, unlike its neighbor Lebanon or Bahrain, never been troubled by sectarian problems – until the civil war. It began peacefully, as the country’s moderate population was infected by the Arab spring fever and began asking for a few reforms from the new dictator who’s family had ruled harshly for the last 43 years. Bashar al-Assad, the tyrant, crushed all such moderate petitions, and massacred hundreds of peaceful protesters, a panicked reaction similar to Bahrain, but which counter-productively drove the Syrians to armed revolution in June 2011 – and began a war that still shows no sign of ending.

It worsened because of heavy foreign intervention on both sides – Assad is kept in power by support from Russia, Iran and the Lebanese Hezbollah (a Shia militant group), while the rebels are supported by Sunni gulf nations like Qatar and Saudi Arabia. The sectarian nature of the support (Shia supporting Shia, Sunni supporting Sunni) has made the conflict more and more religious, and also caused it to transform into a region-wide conflict, with Israel getting involved and sectarian violence exploding in Iraq and Lebanon. Islamist extremists dominating the rebels, usage of chemical weapons, and creation of millions of fleeing Syrian refugees are the horrible results of this war that simply defines the failures of the Arab spring.

But all is not bad, and I feel that the Arab spring has not necessarily failed. In Tunisia, where it all began, the dictator has fled, and a human rights activist has been elected in to power – if not success, what is that. In Yemen, western backed tyrant Ali Abdullah Saleh was ousted from power in a revolution that was not smooth or peaceful, but more or less successful. In Egypt, which made news recently because of a second revolution that removed elected Islamist President Mohammed Morsi, is a difficult one to classify – the dictator of 30 years Hosni Mubarak was peacefully and successfully chased from office, and now the army has aided moderates in removing an unpopular President, again peacefully. And although there are concerns that this second revolt was a military coup, and that the powerful Muslim Brotherhood, whom Morsi represented, might riot – the fact remains that the tyrant was removed, Islamists were kept from power, and the army has not claimed the throne – it was peaceful and non-sectarian. I would call it a step in the right direction at the least.

So, although the Arab spring has been far from the happy removal of ‘bad’ guys as we had hoped, and there have been certain horrible tragedies like Syria and Libya, or failures like Bahrain, we always knew that the road would not be smooth. Most importantly, the attitude of the people has changed – they want freedom/democracy, and history has shown us, once the fire is born – there is no way to stop the ineivitable.