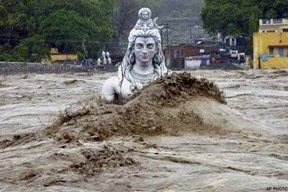 Uttarakhand, along with Himachal Pradesh and other parts of North India, was struck with the worst floods in decades, killing a confirmed 550 people with 70,000 more missing, stranded or trapped in various places. A consequence of the heaviest rainfall there in years, the flash floods and landslides have destroyed tens of thousands of homes, Uttarakhand being by far the worst affected. A massive rescue operation has been undertaken, with 85,000 army personnel and over 20 aircraft, who have rescued about 15,000 people so far.

The famous Kedarnath shrine (above), though intact, is submerged in debris and surrounded by destroyed dharamsalas and villages. The rain now has stopped and this gives hope that the remaining 70,000 people will soon be rescued. 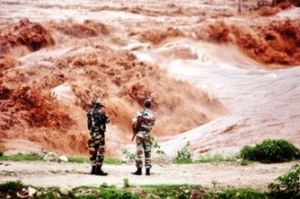