Cyber Gym: An Institute for Hacking 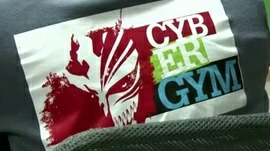 Welcome to the Cyber Gym, where we will teach you to become a top hacker, and pay you for it too. The Israel Electric Corporation, one of Israel’s largest industrial companies, has set up a state of the art hacking Institute to train employees of companies to attack cyber attacks.

According to top IEC executives, it is the most attacked company in the most attacked country in the world. They receive a mind-boggling 10,000 attacks a minute. The instructors are anonymous, highly qualified experts who are well versed in the art of Cyber warfare –they sit in the ‘attack room’ and launch simulated Cyber attacks for trainees who sit in the “defence” room fighting cyber attacks in real time and under real pressure.

When an attack is successful – the systems shut down and lights go out in the defence room – the objective is to make the consequences as realistic as the attack. Cyber Gym hopes to extent its training and expertise to other counties too, as of now it only supplies its services to Israeli companies. After becoming adept at handling attacks on their own servers, the IEC management thought of this as a way to make this expertise of theirs profitable, and there the idea for the Cyber Gym was conceived. The IEC employees made no comment on who the 10,000 attacks come from – and although we can assume the Islamist terror cells which want to destroy Israel are some of the perpetrators, rumours of Chinese and other governments being behind the attacks make it highly controversial. It serves as wonderful example, however, to show that the new theatre of war is cyber space – and these hackers are the new frontline soldiers.