China’s Answer to the iPhone A Look Into Xiaomi 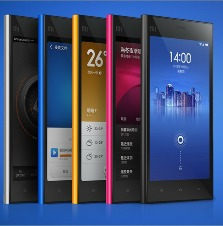 So we’ve all heard of them – all over the news – Xiaomi and Apple, China, Xiaomi – Xiaomi this, Xiaomi that – so who are these guys, and what do they have to do with Apple. The answer is simple – in the last 4 months in China – a baby, 3yr old company sold more phones than Apple – and took over the Chinese smartphone market. A market which Apple and its iPhone ruled, one of their big markets, and this new company beat them by a 100,000 phones.

An ex-Google executive who joined Xiaomi recently this year describes how the Chinese move “at breakneck speed” – she’s never seen such “fierce competition” and “impassioned desire”. Yes, they want to go global too. With superfast processers and iPhone-level phones at much lower prices – they’ve taken the Chinese market by storm – and they’re leading a revolution in the Chinese smartphone sector. Growth is phenomenal, and so are unconventional strategies: putting Xiaomi services in non Xiaomi devices.

As they go global – Chinese smartphones will soon filter into our lives – and maybe replace the iPhone; not as china-makes (knockoffs), but genuinely better phones ‘Made in China’.