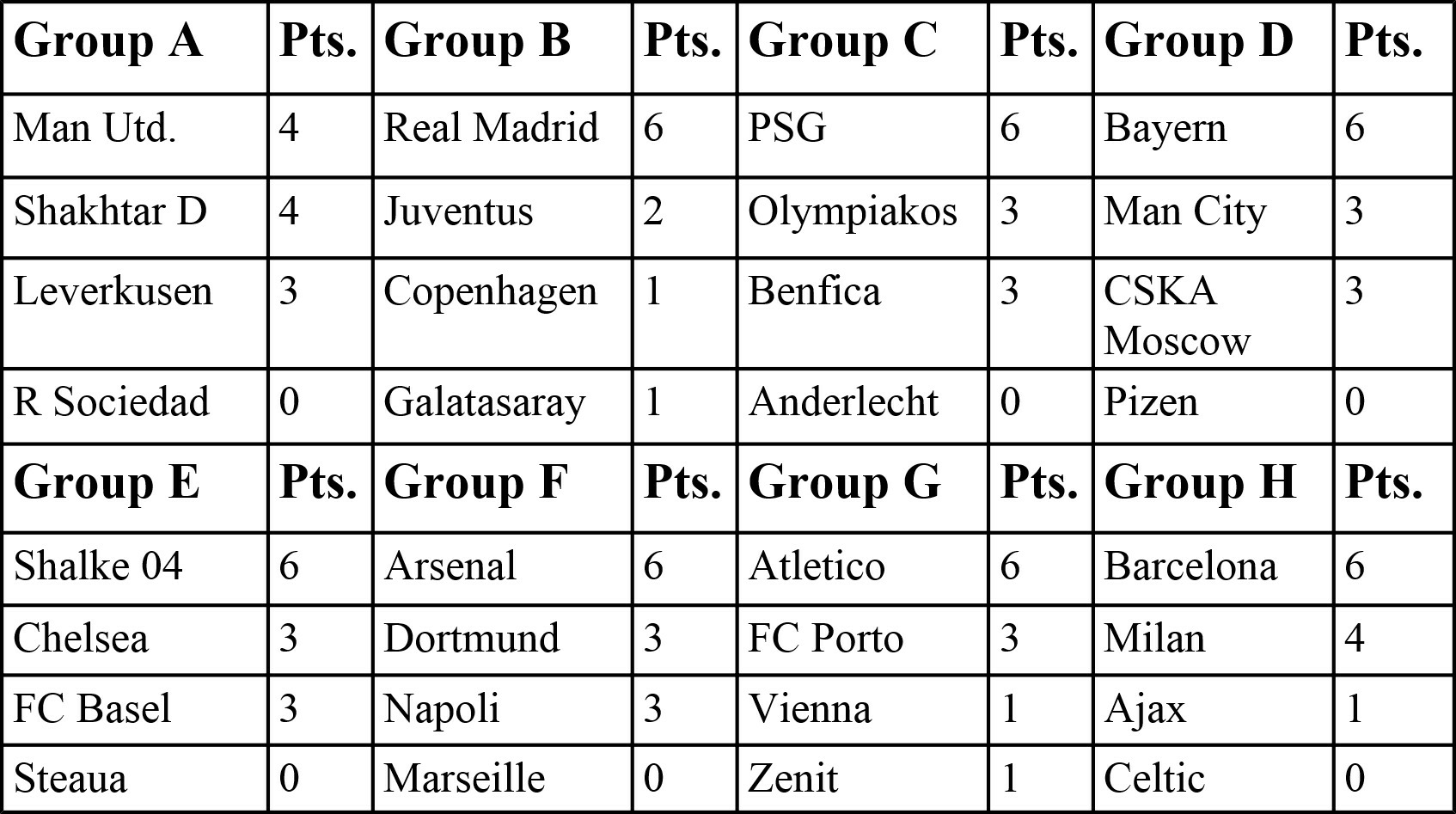 It has been an interesting week for soccer and the Champions League in particular. With all the exciting matches that took place, there was no shortage of drama. On Wednesday, the 2nd of October, there were a whole lot of exciting matches. Ajax took an AC Milan in a match where everything was left to the last minute. Literally. It ended as a 1-1 draw but both goals were scored in the ninetieth minute. FC Porto played Atletico Madrid. Atletico just about managed a 2-1 victory over Porto. Cesc Fabregas’ 75th minute goal allowed FC Barcelona to beat Celtic.

Chelsea FC found new form in their clash with Steaua Bucharest, giving the home side a 4-0 hammering. A disappointing performance by Marseille insured a 3-0 victory for last year’s runners-up Borussia Dortmund. Arsenal took the world by surprise with their comfortable 2-0 victory over Napoli with Mesut Ozil being their star player. On Thursday, Manchester City, under their new management, were taken apart by Pep Guardiola’s Bayern Munich in a 3-1 loss. Paris Saint Germain scored 3 goals within the first half hour and it stayed that way as PSG annihilated Benfica in a 3-0 win.

Real Madrid obliterated FC Copenhagen in a comprehensive 4-0 victory. Juventus and Galatasaray had an extremely exciting encounter that ended as a 2-2 draw. Juventus, trailing by one, scored in the 78th and the 87th minutes and they looked like they were going to win. However, Umut Bulut of Galatasaray equalized in the 88th minute. Manchester United clung on to 1st place in Group A by drawing to Shakhtar Donetsk. The final score was 1-1.