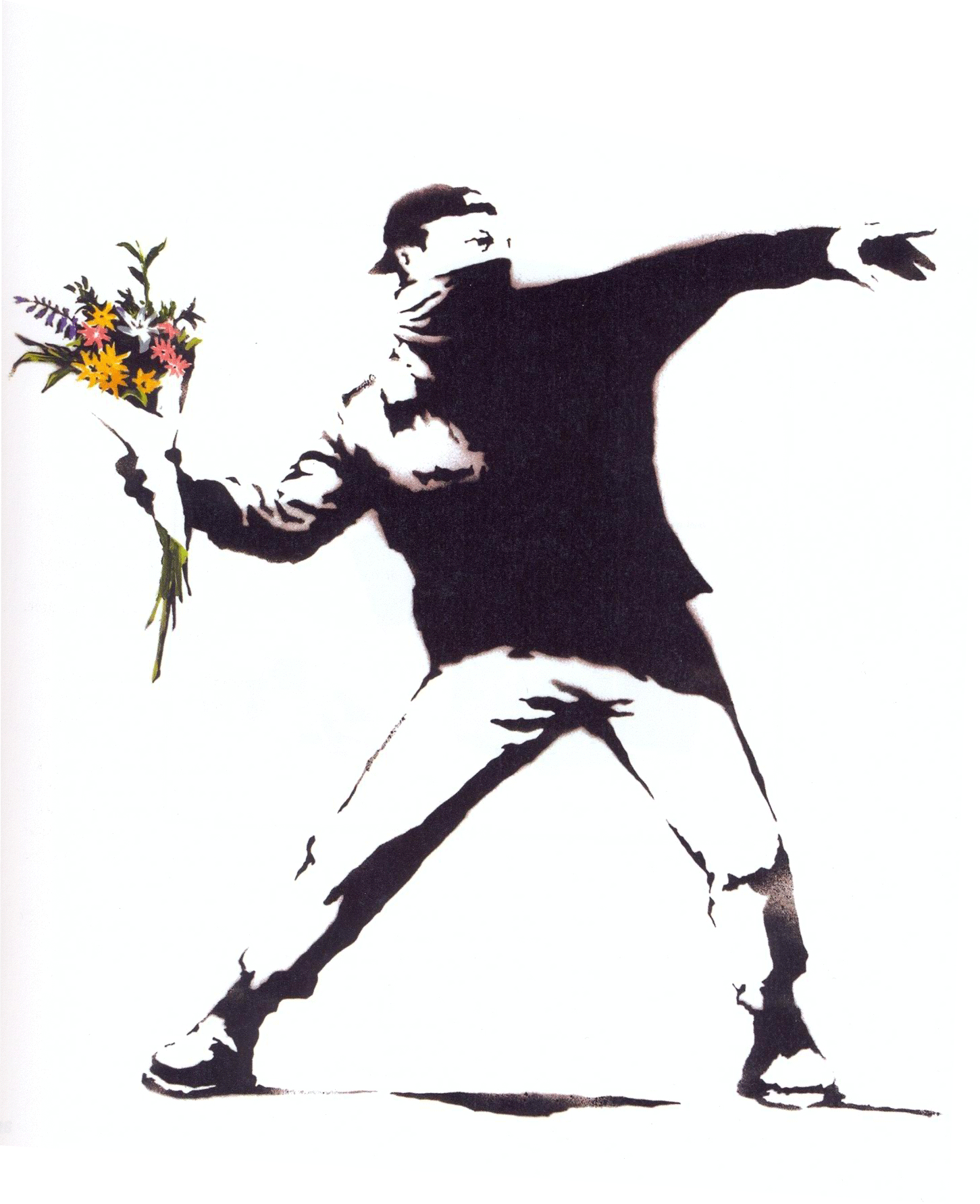 You may not have heard of him but Banksy (not his real name) is currently the world’s most famous street artist. His works are now sought after by the “mainstream art world” and sell for millions of dollars at art auctions. His success is leading a revival of the art form and giving communities and the world a chance to find their artistic anonymous voice again. Street Art is art painted or expressed (since it is not always paint that is used) in public places such as streets, walls, pavements, metro stations, buildings etc. It is usually made by unknown artists working under the cover of darkness and using spray paint cans as the medium of choice! Through most of history it has been used to express protest, anger and rebellion. The artists are banned, persecuted, caught and all means are used to prevent the art from happening by civic authorities and police forces of the developed world.

In this context Banksy’s success is extraordinary.His art wherever found is now a tourist attraction and one seaside town in Britain – Torquay has seen its tourism flourish due to Banksy art on its walls. He is now the foremost exponent and practitioner of this “rebellious” art form in the world. Have a look at “Flower Girl” painted under cover of darkness on a gas station wall in Los Angeles in 2008 (with help from his local street artist friend “Brain-wash”). My favourite is of course Wall and Piece, also the most famous Banksy artwork. Flower Girl will be auctioned (the entire wall, bricks and all, will be moved to the new owner’s address) in December and I guess it will go for atleast a million bucks!

It’s also remarkable that no one knows Banksy’s true identity apart from the fact that he is from Bristol in England! He does not like any- one buying his art (he does not get paid when his artworks sell, only the owners of the properties where he paints it) and says “I encourage people not to buy anything from anybody, unless it was created for sale in the first place”.